Lakes of the Pyrenees

How many lakes are there in the Pyrenees? Who have seen all of them? Henry RUSSEL 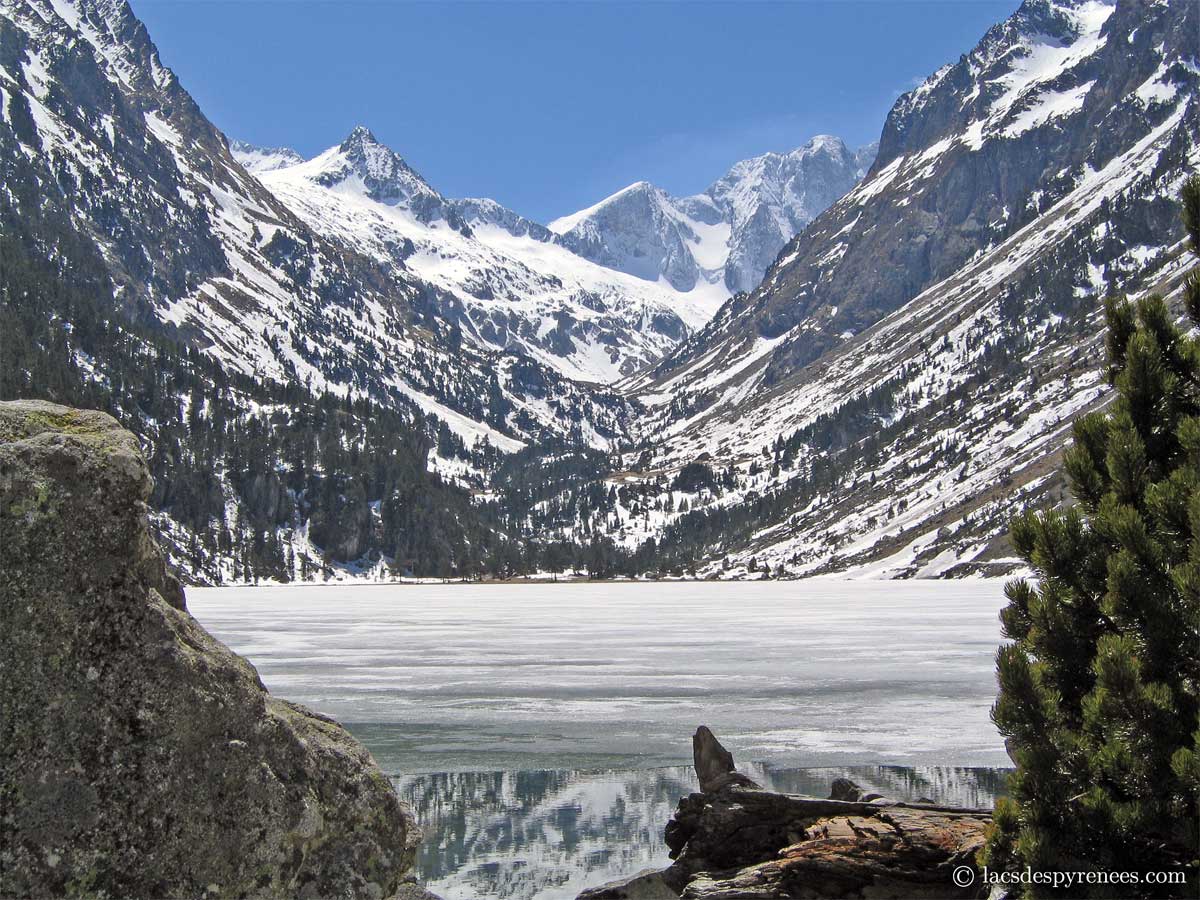 Valley of Cauterets - Lake of Gaube and Vignemale (3298 m)
The Pyrenean mountain range is like a wall that separates France and Spain. The range extends itself from the Mediterranean Sea to the Atlantic Ocean. An abundant streaming flow creates countless torrents but not innumerable lakes also called pond or estany, boom, gourg or gorg, small lake or laquette, lago. Those names depend on the geographic location, whether they are located in the West, the Center, the East, the North or the South. A lot of lakes, such as Cap de Long, Bouillouses, or Artouste are raised with the help of dams. Others, such as Lac d'Oô or lac Bleu are drilled. Finally, some are completely man-made for economic purposes, like the barrage du Tech for example.

Ludovic Gaurier studied the lakes of the French slope and made the first geographic and topographic inventory. He counted 520 altitude lakes in 1930 and supposed a similar number on the Spanish side, the majority is located between 1800m and 2500m. But Louis Audoubert who wrote several books on the subject counted 2512 lakes on both slopes!

To make the inventory of all the Pyrenean lakes is not an easy task. Some are tiny, nameless, or even forgotten on the maps. Each lakes on this website have a page often containing pictures and comments that can be yours.

The classification has been made from West to East, by departments and watersheds or valleys for the French Pyrenees (Cauterets, Ax les Thermes, etc) with a total count of 700 lakes. As concerning the Spanish Pyrenees (Vall d'Aran, valle de Benasque, Vall de Boí), its classification is almost complete with nearly 650 lakes.

At today's date there are approximately 1300 lakes pages available and more than 5000 pictures published. For example Lake of Gaube or the Lake of Estaing or the lake Tourrat …
Visit Pahu Lacsdespyrenees's profile on Pinterest

Thank you all for sending your pictures and taking part in the forum of lakes of Pyrenees. There will always have corrections to do and who knows, thanks to your help, one day we will succeed to index all the lakes. Your remarks are welcome.